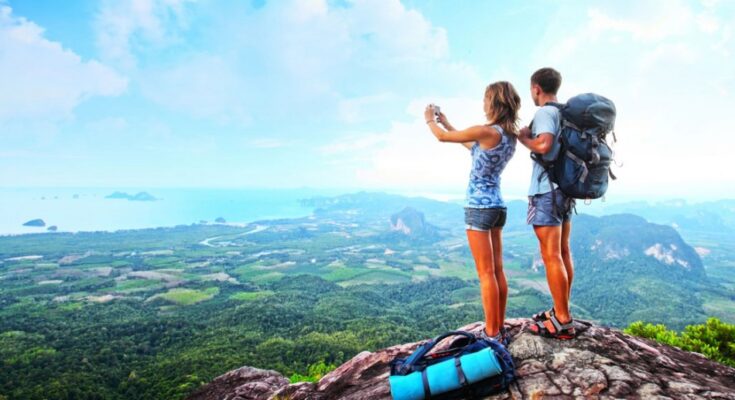 The Palm Beach Zoo & Conservation society & not just a Zoo. A non-profit organization that is present at the Dreher Park, West Palm Beach. Its heart is wide wide open for the 550 animals along with 190 species, many of which are endangered. All of this is due to the efforts of Paul Albert Dreher who was also known as “The Johnny Appleseed of Palm Beach County”. Why? We will see that in a second. Paul Albert Dreher was born in Wurttemberg, Germany. He had his major interests in landscaping. Landscaping is all about making a piece of land more attention demanding by doing a little value addition. That takes place when the prevailing design is altered and this can happen through many ways. For example by planting trees and shrubs and etc. Paul Albert Dreher had his major interests in the field, which “force start” his journey of achievements, and the first one in line was his degree from the University of Hohen-Heim. The degree was obtained in the field of Horticulture. This field of study deals with the science of growing plants and the practice of garden cultivation and management. After, when he received his degree Dreher decided to move to South Florida. In 1932, Dreher was hired by the Parks Department for the City of West Palm Beach, there he decided chase his love of landscaping. And here, he received his nickname when he decided to reuse the plants and trees that were considered unwanted. “The Johnny Appleseed of Palm Beach County” decided to launch a campaign to purchase the land of Bacon Park which measured around 108 acre and was owned by the state at the time. As because of the Campaign, the city paid $100 to the state for Bacon Park which would be named as Dreher Park after the gap of 6 years and 10 months. Paul Albert Dreher decided to work in order to develop and convert the bacon park from a state of landfill to the state of a proper park. The man, after the purchase of barnyard purchased chicken, ducks a goat and rabbits by utilizing his own money. Efforts never go useless, and the man made count his.

With the passage of time, Palm Beach Zoo & Conservation Society made progress and the admission of Animals started taking place by the years. This progress made the place a remarkable one, adding notices and lessons to the Paul Albert Dreher struggle.

60’s Joey. A Kangaroo. A famous kangaroo which was handed over to Walter Brooks III. The reason for its fame, as we mentioned “A Famous Kangaroo”, was that it hardly missed any chance to escape the house of its owner, Walter Brooks III. When Joey was seen several times out in the town, Joey became known to the citizens of south Florida. Joey’s escape plans made it score a number of visitors that visited to see Joey at the Walter Brooks III. Joey was actually purchased by an Airline Pilot who was between the flights in Australia and there he met Joey which was up and available for the purpose of Sale. Airline pilot managed to buy it and fly it back all the way to Florida, but he was unable to secure a long term level of management of Joey and decided to give it to Walter Brooks III, who was a friend of Airline Pilot. A Palm Beach ordinance then happened. The catalyst to which was the letter of attorney and that was Elwyn Middleton. It basically banned the possession of all animals as pets except a few, and to honorably mention Parakeets, Parrots, Dogs, Cats and Canaries. Joey’s owner decided to take an opposition and did so, but all this ended at the 29th day in the month of February 1964 and the result as being “Not to consider a Kangaroo as a house pet”. After which Joey took a part in Dreher Park Zoo Residency.

Even after the admission of Joey in the Dreher Park Zoo took place, the place was said to be lacking the factor of major attraction. This was the basis of the campaign which was started by the residents of south Florida and this campaign was all about the purchase of a young Elephant for the Dreher Park Zoo, which resulted in the purchase of a four year old baby Elephant on 16th April 1965. That weigh 2,000 pounds at the age of 4 and the innocent baby remained there for 10 years in total.

Hammer! Hammer the black bear decided to participate in Dreher Park Zoo in the year 1969. Hammer was casted in the Television show known as “Gentle Ben”.

In the year of 1971, Freddie the alligator became a part of the Dreher Park Zoo. Freddie managed to hatch out in 1969. This statement sounds more like that he managed to escape a prison. Documentary “Alligator” featured the hatching of Freddie which was produced by South Florida Water Management District. Then 1985 happened, which means that this year the Freddie was lost who was replaced by the Freddie II and Frieda, two alligators.

The year was captured by the princess tiger Bengal that became the first big cat of the Zoo.

Zelda and Henrietta were two Pygmy hippopotamus. Pygmy hippopotamus are small in size, small hippopotamid. They are native to West African forests and swamp lands. However in 1975, after the ten years completion, now the 14 year elephant which was known as Toppie when the arrival in the year 1965 took place, now Toppie left for another zoo in the world.

Goeldi’s monkey is a South American resident that is found in the upper Amazon basin region. That includes Peru, Columbia, Ecuador and Brazil, Bolivia too. On the 7th day of the 10th month, Dreher Park Zoo secured its position as one of the few zoos in the world to have such monkeys.

As the surprises had their way into the Dreher Zoo, this year brought a marvelous one indeed. Can you imagine an animal that can predict Weather? Can you? Even if you can, can you imagine that animal to be a Bear? This year had it! A weather predicting Sun Bear which was known as Spanky. “The Zoo’s weather predicting Sun Bear”. Although this story will make you rather sad. Weekly World News on 18th February in the year 1992, It was published about Spanky The bear by Shawn Deena. It will be more appropriate to state as it was stated “Spanky and Mokie were two playful, friendly bears at a South Florida Zoo, inseparable mates for more than 20 years until Mokie Passed Away. Three weeks later, Spanky died of a broken heart”. Spanky left playing with his favorite toys along with opting not to eat and slept in its own pen at night even after getting a larger area for playing during the day. Spanky would visit the pen of Mokie to lay down and wait for her arrival, stated Gail Schneider, the director of the Zoo. Also “I swear he had tears in his eyes the day before he died” stated by a boy who had the chance of visiting the bears twice in a single week. The case is ended by the statement “It’s no coincidence that Spanky died three weeks after Mokie. He couldn’t live without her”.

Palm Beach Zoo & Conservation Society – Zoological Park in West Palm Beach, Florida, started as a small red barn. It is located in the Dreher Park which was once known as Bacon Park. Bacon Park was the area of landfill, which was used to dispose the waste material, but until the 1928 hurricane and the destruction it caused, the whole consideration of the area changed. Bacon Park owned by the state, but then afterwards the West Palm Beach City paid $100 in order to get Bacon Park. 1969 was the year when West Palm Beach’s citizens mentioned their focus in making an advancement society that will support the zoo and the Zoological society was formed on 27th of March, 1969. Zoological society provided a strong backup to the Zoo and made much improvements as mentioned above. The year that is still a bookmark in the history of the zoo, is the year of 1997. Dreher Park Zoo was renamed and now known as Palm Beach Zoo at Dreher Park but after then it was shortened as just simply known as Palm Beach Zoo. Why was this year a remarkable one? Because the board of Zoo made an announcement for the renovation of Park, the budget of which was $30 million. And further to the details, the budget was a gift, which is still to this day among the largest gifts received by any other zoo that is present in America. Yes, a gift which was gifted by the members of the board named George and Harriett Cornell. After this point and now in 2018, Palm Beach Zoo & Conservation Society – Zoological Park in West Palm Beach, Florida is warm heartedly serving 500 animals on the land measuring 23 acres and is scoring 300,000 number of visitors in a single year.

Just like the Paul Albert Dreher made his efforts count, we make ours count as well. You would love to experience USPS change of address with us. You are just a visit away, you can check out our service packages and the available facilities. You can give us a call as well at our call centers, you can also come to our office. You are more than welcome.

CBD is an antioxidant